On January 6, 2005, we found out that a little girl named Hou Mei Xiang would be joining our family. Here are the referral photos! 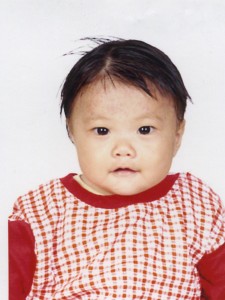 Hou Mei Xiang was found by a local resident on February 15, 2004, near a bus stop in the city of Zhu Zhou. A policeman brought her to the ZhuZhou Social Welfare Institute, where doctors estimated her birthdate was February 2nd. 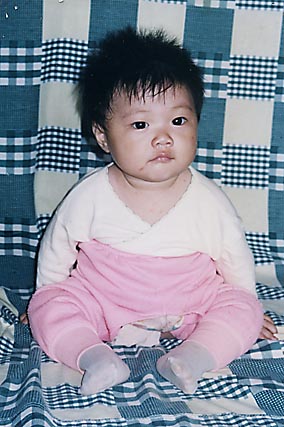 She was given the surname Hou, after the orphanage director. All the girls that were found about the same time as Mei Xiang were given the same surname. The Institute gave her the name Mei Xiang, which means beautiful fragrance. (Perhaps she had that new baby smell?…) 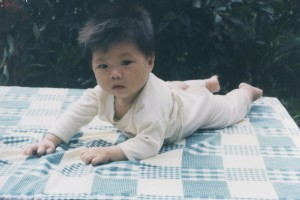 All we really know about these photos is that they were taken around or before August 2004, and we received them in January 2005 when we got her referral.